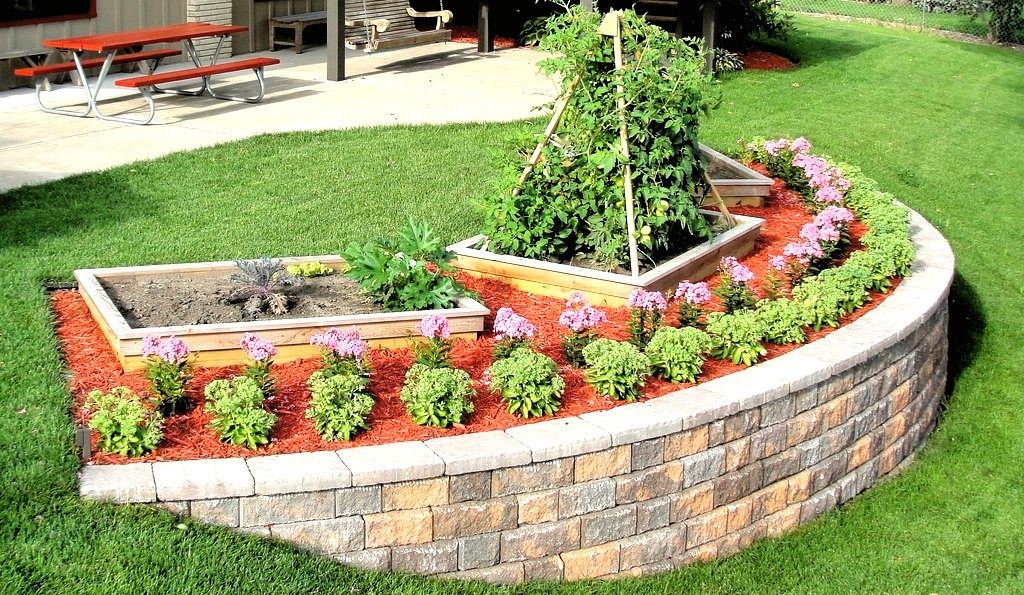 I've never heard of the term 'foodscaping' until I've stumbled upon this article explaining the unfamiliar word and the real value which it brings to people. Turned out, it is a word that has to be in our dictionaries necessarily.

In short, foodscaping is a particular type of landscaping, a.k.a. edible landscaping, in which large areas of private, or even public properties are used to grow food instead of decorative plants. Foodscaping is all about planting a garden which looks beautiful and feeds you at the same time. A blend between landscaping and farming, this is in fact a new trend in the gardening industry which gathers more and more supporters worldwide. It is not like having a vegetable garden in the backyard or a few hotbeds to grow fruits and veggies, but it is more like an implantation edible plants into the landscape. If you’re wondering how to landscape your front yard, think berry bushes instead of a shrubbery, strawberries and lettuce instead of grass, fruit trees instead of willows or palms.

One of the benefits of embracing the idea of foodscaping is that it is a very sustainable source of organic, healthy food which also means savings at the local greengrocery. A research of The Australia Institute called “Grow Your Own” reports that the main reason for growing their own food for 71% of the Australians is to have a healthier meal at their dining tables. Еvery second household grows fruits, herbs, nuts and veggies, which equates to almost 4.7 million households growing food. While only 20% of the households in the Northern Territory tend to grow food, in the southern states, such as Tasmania, Victoria and South Australia, more than 57% of the households are involved in food gardening.

In a country with so many drylands, the lawn is quite an institution, and Australians have developed a good taste for making a lawn look attractive and colorful. It is ridiculous how more advanced countries modernise their urban spaces by devastating food-producing areas in order to ‘landscape’ them. But what’s the point of maintaining an unproductive landscape in a world where the climate is so unstable and the energy sources are limited? In a world of overpopulation and extremely large amounts of food waste, why not interleave our food system by embracing foodscaping as a standard?