The Compost Corral (that's the right spelling!) is a cul de sac inside the chook pen layered with cuttings and scraps that the chooks turn over.

The ferment pot is the vat where I brew my 'probiotic'  -- aloe vera juice and fibre, kitchen washes, sugar and water.

The little red berets are my clay pot covers atop the mounds.

Sound theory about the meshing of roots. You'll soon see if you've planted more than the prevailing nutrients since the plants will be stunted.

Red shadecloth is a first for me … some of the lesser grades of years gone by have been stone and varieties of green so it's good to see some more colour about.

Which is companions to who is a trial and error approach. Apart from the serious dislike Peas are supposed to have for the Onion family, the rest is up for experiment. I do know that Parsley and Asparagus just love each other and really thrive together.

Since taking the photographs I'm able to monitor the changes that register in growth.

Out and about among the greenery today -- limited as it was by rainstorms -- and hampered by the extraordinary 6 degree drop in temperature in under two hours! (23 to 17C)-- I'm finally getting my Alice's Wonderland.

No Cheshire Cat and no talking flowers but I could comfortably hold a Mad Hatter's Tea Party in one of the many cul de sacs. 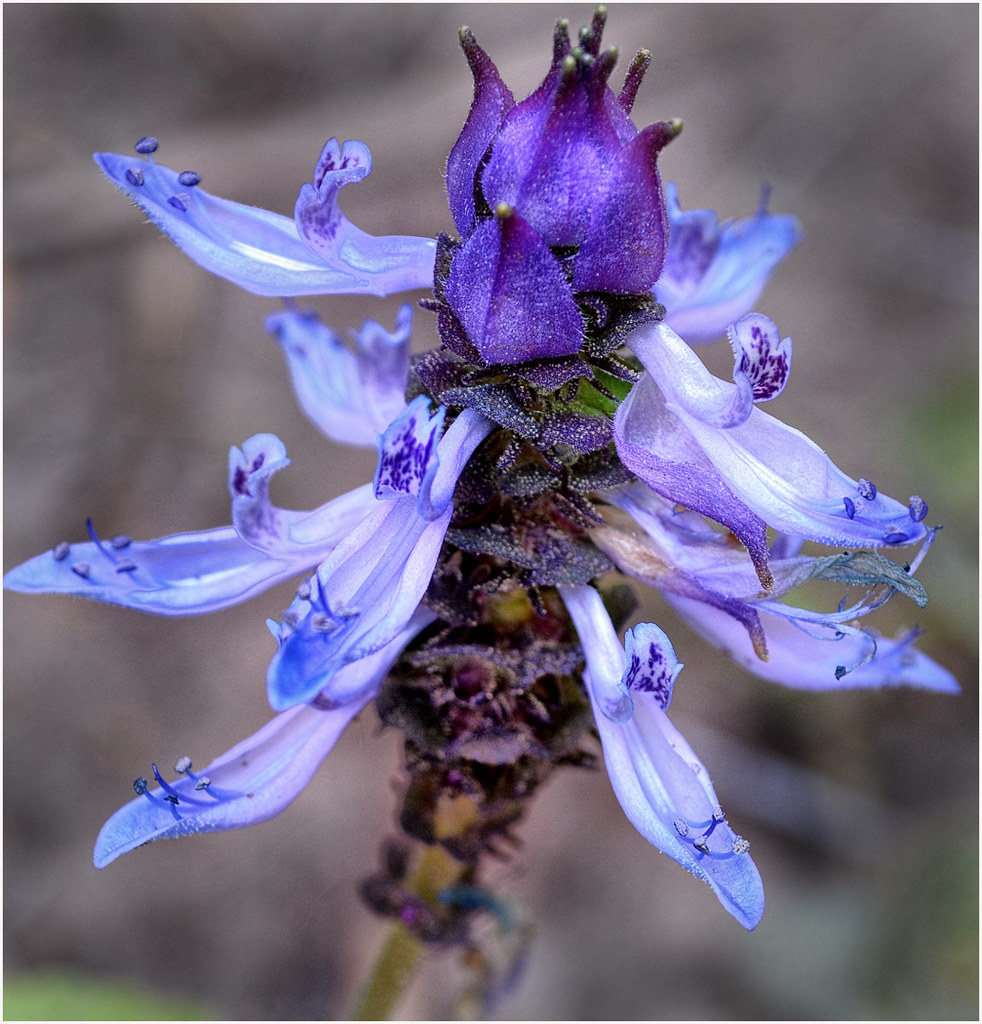 The dog bane, cannas and nasturtiums are blooming while the pigeon peas seem never to stop flowering.

It is the dog bane I appreciate the most (pictured)--despite their strange odour. They remind me of  bluebells  -- but when you come to appreciate the flower head , the structure is reminiscent of a Hieronymus Bosch painting.

And despite the odour they make a great cut flower.

As well as the blooming all the plants are closely planted. Contrary to the usual  spacing recommendations I am amazed how much squeeze I can get away with on my many hillsides.

That's counter intuitive surely? A mound of earth covered with seedlings only has so much volume to offer plant roots.Each species is sure to have its root template to work at. But if you do your homework so many roots of annuals are keenly feral and we seldom can comprehend how far or how deep they potentially can reach.

The cucumber has a rather thick taproot about 6 millimeters in diameter near the soil surface but tapering to 1 millimeter or slightly less. below 12 inches. It branches widely

in the surface 6-inch soil layer, penetrates quite vertically downward, usually with long gentle curves, and reaches depths of 25 to 28 inches. On a typical plant the first 5 inches of taproot gave rise to 11 laterals, 0.5 to 1 millimeter thick, and six smaller ones. These began to appear abundantly about 1 inch below the soil surface. They pursued a generally horizontal although somewhat sinuous course, rarely ending more than 2 to 3 inches above or below their point of origin. The longer ones extended laterally for distances of 18 to 24 inches. One large lateral, which branched at the rate of three to six rootlets per inch, had a maximum spread of 29 inches. Its branches, as was characteristic for other similar roots, varied from 0.1 to 2 inches in length and the longer ones were rather well furnished with short branches. (From the root bible: Root Development of Vegetable Crops (1927): image above  is of 2 week old cucumber).

As for shallow rooted plants vs deep rooted ones....I can't say i've noticed any problems (aside from the carrot conundrum).

I am, nonetheless, a cut-and-come-again harvester especially of my spring onions. I even slice off the tops of most weeds rather than pull them.

So underneath is sure to be very rooty.

And the mix! I've got radishes and tomatoes growing on sweet potato mounds. Spuds sharing slopes with salad greens, cabbages and coriander... and the growth has been such that my supposedly smart move to a bright red shade cloth -- thought to stand out against the jungle green -- is frustrated by so much surrounding growth to each pot that finding the things is now by supposition.

I was thinking of adding wee flag poles to the pots, like on a putting green ... but in the meantime the rule-of-thumb is that every mound has a flue pot....and it's in there somewhere.

I'd like to pursue esoteric 'companion planting' themes but I'm rather improvisational and impulsive what I plant where. And besides --aside from the issue of allelopathy -- there is such a mix of plants  that who's gonna know what gets on with what?

Looking at the images it's no wonder I misplace vegetables!

I've got some great turnips coming on but I fear that other root veg -- carrots, beetroot and radishes -- have not prospered. Tragically that's the seasonal norm. Why the turnips are an exception is a mystery I need to solve. For now I'm too frightened to check the carrots.

The daylilies I planted have all taken to their new home.Sure to be a Wow! moment when they bloom. The tomatillos are keenly setting fruit.(So I've planted some more). I need to sort out the bean vines ASAP as they are climbing hither and hidden yon.

I'm obsessing over this post because in effect I've finally planted out the whole garden with stuff. I now have to cut back or harvest stuff to make space to grow more. All but a few seedlings have been planted out as I wait on the mails to deliver a new batch of seeds. When it arrives I'll sow some more.

Cucumbers for instance, more sweet peppers, huazontle....I guess I can squeeze them in.

As it was I planted out sweet corn and sunflowers this week among all the greenery and have been planting sunchokes and yacon in the valleys between the mounds...and tigridia jockey cap lilies. I hope the latter comes up if only for the thrilling flowers.

Okinawan spinach is set to displace some of my cover crops -- the canna especially, which I have cut back to base line.

I don't know what it is about canna roots but they really enrich the soil around them. Cannas seem to make a great 'coloniser' species even if my Qld Arrowroot cannas are somewhat desultory.

The problem is that with this produce outback and so little space left, I have fewer excuses to go to the Caboolture Markets and buy seedlings and vegetables.That's my big day out.

I spent $30 on seedlings there last week but they all went to the school garden. So my next time is shallow on pretext.

In the kitchen I've  fermented the sunchoke harvest and am looking forward to fermenting the lemons, turnips ...and parsley (the latter into chimichurri) . I brought a few kilograms of turmeric to ferment and  napa cabbages I got  have been recruited to making kimchi (laid down 4 days ago).

You garden is truly an inspiration to anyone who has sandy soil and can't grow much. You have shown just what can be done in a small space and the improvement of the soil is overwhelming. Congrads, you deserve a medal for yours and the work you have done on the Children's Garden at school..

My initial inspiration was the traditional cottage garden. Not so much the romanticised flowered version but the combination of polyculture with tiered plant heights.

The advantage with mounds is that while plants can grow up in a staggered way, like so many seats on a grandstand, they can also tumble down.

The true climbers I attach to string lines and take them towards my aerials. But the ramblers -- including tomatoes -- go best rolling about and downhill over the 'pathways' or valleys between the mounds.

I'm past all that staking business.

Obviously I have plenty of ground covering which I'm now selectively cutting back while trialing new mixes of groundcovers. I use a sickle a lot as well as a big pair of scissors. I've also found that the Ho-Mi little cultivator I got from Green Harvest (pictured) very useful for hacking back the ground covers. I hardly use it to break up the soil.

Nonetheless, I lose sight of many plants and their fruits.I'm also confused as to what's what and have to wait to near harvest time before I can identify whats' at my feet.

Besides, I don't so much 'harvest' as forage...and if I didn't hand water, I'd know nothing of what's where or coming on or a'happening.

When I harvest tubers -- like the Yacon I dug up today --I get to harvest by hand, just digging into the side of the mounds and feeling for buried produce. So of late I've been sowing spuds towards the base of the mounds and planting other plants higher up. Rather than digging down, I find side harvesting of tubers protects the integrity of the mound.

While I think the true companion planting is like this -- at the moment I've not got any insect issues aside from a few grubs in the pigeon peas. Maybe I'm being protected by the dog bane ( it has its odour offerings) and nasturtiums? The marigolds are presently tardy.  So many different plants are cheek to jowl that I can't tell who is companioning the other.

But chickweed has really taken off and if I don't remove it early on, I leave it in situ because I always end up uprooting the produce if I intervene. Chickweed seems to survive mulch smothering so I relent and treat it like a ground cover until next time...

I'm doing more block plantings of the same species  not only because the plants are easier to find and harvest, but I get a synchronicity take off in these small patches -- not large in size, say a few centimetres square or in rings around the clay pots.  Enough to occupy part of a mound top.

It may look like a jungle but there is method in the mix.

When I gave up on 'pathways' and retired the wheelbarrow, I let the garden chart my backyard journeys so there is a lot of stepping over and between plants. I  strategically place  metal tent poles to protect the plants  as I drag the hose around the garden. All the little china/cup lids atop these poles are there to protect passersbys from scratches or young children if they break the 'no running' rule and fall.

Not so much 'vertical gardening' as 'oblique' .

Such prolific plant growth in a smallish space!