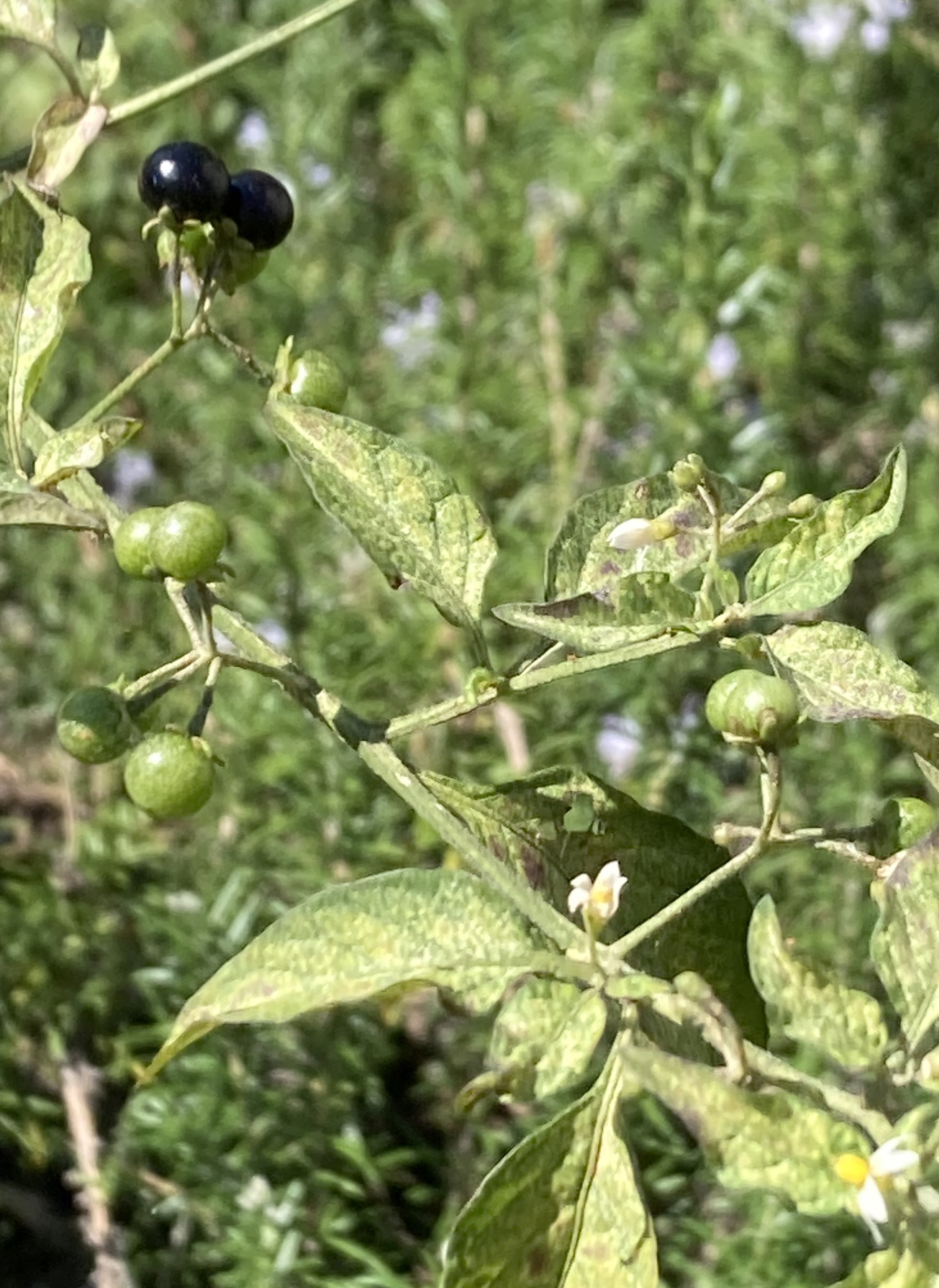 Folks generally seem to be unaware of the merits of one of my favourite "weeds", Solanum nigrum or Black Nightshade.  And those who are aware, often confuse it with its cooler climate cousin, deadly nightshade, and give it a wide birth.

This plant is a gem though.

Firstly, you can eat the leaves as a cooked green.  This isn't a huge deal as the leaves aren't that big and don't have much to distinguish them by flavour.

Secondly. the ripe berries can be used in jams and for making wine.  The best sparkling wine I've made from backyard fruit came from Black Nightshade.  The berries are small though, looking like that of an elderberry, although not produced in such abundance.  I tend to collect the berries as they ripen and accumulate them in the freezer until I have enough to make a bottle of wine.  I've never had sufficient to make more than one bottle at a time.

Lastly, and the real reason I love having this plant in my garden, is that it's the fainting goat of the Solanum family.  This plant is a magnet for the 28-spotted Potato Ladybird Beetle, which in the past has been a real problem for my potato and tomato plants.  A few years back I noticed that the beetles favour the nightshade over my solanum crops and I've been cultivating it ever since. 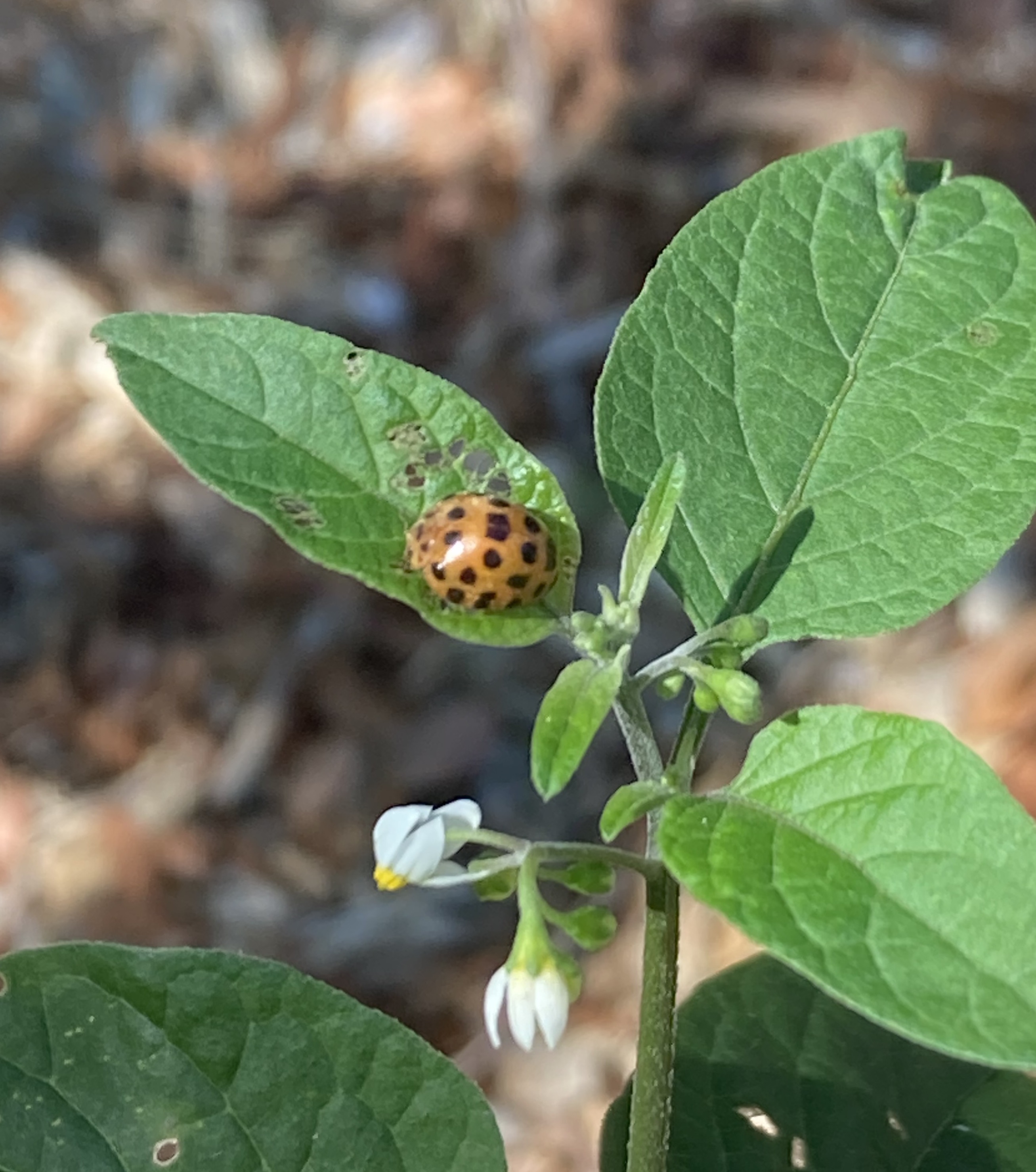