After I worked out what I was eating with such addictive enjoyment I took up the adventure of exploring why?

Was it the umami?

Umami or savory taste is one of the five basic tastes and is characteristic  of many broths and cooked meats.

Many foods that may be consumed daily are naturally rich in umami components.Glutamate in the form of inosinate comes primarily from meats whereas guanylate comes primarily from vegetables. Mushrooms, especially dried shiitake, are sources of umami flavor from guanylate. Smoked, or fermented fish are high in inosinate, and shellfish in adenylate.Generally, umami taste is common to foods that contain high levels of L-glutamate, IMP and GMP, most notably in fish, shellfish, cured meats, meat extracts, mushrooms, vegetables (e.g., ripe tomatoes, Chinese cabbage, spinach, celery, etc.) or green tea, hydrolysed vegetable protein, and fermented and aged products involving bacterial or yeast cultures, such as cheeses, shrimp pastes, fish sauce, soy sauce, nutritional yeast, and yeast extracts such as Vegemite and Marmite.[ Many humans' first encounter with umami components is breast milk. It contains roughly the same amount of umami as broths.(LINK)

A good resource for what and why is the Umami Information Centre which points out that Umami isn't really that exotic at all. Indeed it is in lots of everyday foods.

The trick is to know which and explore the synergy you can try to master by combining them.

...and suddenly my taste buds are making sense because my beginning soup combo was kelp and anchovies. That is smack bang in the middle of the umami taste zone.

I also could not understand that a meal without grains or starches --seemingly so carbohydrate  light -- just a soup -- could be so satisfying.

Is it healthy? Check out the foods.

For culinary application of umami-rich ingredients/seasonings into everyday meals:

For those who forsake the flesh of dead animals umami is still a great culinary option. Indeed there are many ways to satiate  your umami taste buds as a Vegan or Vegetarian : LINK

From where I'm coming from, the whole umami thing gives more impetus to fermented foods and the utility of dried foods in the menu.

I think many tomato sauces can be great destroyers of taste nuances. San Manzano blends(and bottled tomato sauces!), for instance, can be overpowering sometimes. But the same tomatoes sundried ,  are really another ingredient input all together -- despite using fewer tomatoes.

Less is more, sort of thing.

For those whose interest is peaked...you may seek to start, like me, inside the bowels of a Korean grocery store. Google your suburb name and 'Korean grocery' to find one in your neighborhood.  "Chinese' grocers will also have some useful supplies.

'Japanese grocers' will definitely offer you all your requirements...but they can be expensive(in my experience).

In way of DIY tips I reckon the essentials are (for my menu preferences at least): 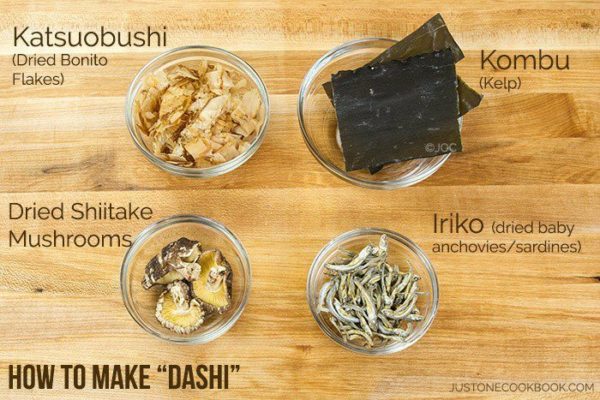 Not that I've been using them, but mushrooms -- especially dried -- are another shopping list item.

It's a simple as that.

It helps to know what you may be doing...which is trying to navigate and layer the flavours.

None left...i gormandized the lot and licked the bowl.

Soon to explore: this soup magic partnered with ramen noodles.

I ate a commercially prepared 'umami' type noodle soup at my fav Korean restaurant yesterday and I must say that my stock is better than there's!

Of course it may indeed be a subjective experience ruled by customized preferences -- but it sure makes me a happy chappie.

Since I'm mixing it among the aficionados -- in my amateur way, of course --  here are  a couple of Umami  DIY tips I've learnt:

To one serving of dried anchovies (taste will rule the a size of the serving for you) add an equivalent 'hit' of dried kelp buds. (I use 1:1 by rough weight)AND BLEND IT UP into a powder. Voila! There's your soup stock or umami 'bomb'. Since the ingredients are dried this mix will keep for everyday use in your freezer.

I'm hoping to add dried Shiitake mushrooms to this blend, next time I make up a batch.

You can serve it with noodles --or , as I prefer, a whopping big handful of bean sprouts which I throw in just before I serve it up.  After I drop in the sprouts I wait for the soup to return to  the boil before serving it up. In effect I parboil them.

In my case, kimchi on the side.

Generally I make up my soup contents with  a sort of formula template of squashes + greens. Small dices of pumpkin or sweet potato will work very well and the 20 minute cook time is just right for cooking these. You can also throw  in an egg -- hard boiled or poached if you want. I also like to add more strains of kelp buds to the cook up as I love their texture and taste.

There is no end to the combos possible . Using a big bowl like I do also means that you can pile it deep in  numerous vegetables and herbs.

Dave, I have tried to absorb the umami story, but I am having a bit of trouble.  Is it just another type of TASTE similar to savoury?

Do you have to use each of the food groups that you gave in the link?

One thing I found amongst my googling is - All of the amazing complexity and diversity of proteins derives from just 20 amino acid building blocks in mammals.  Of those 20, the human body can synthesize only 10.  We have to get the other 10--the "essential" amino acids--from our food.  And unlike fats and starches, our bodies don't store excess amino acids; we need to consume them on a daily basis to keep all our internal trains moving on time.  Amino acids have a range of important biological functions beyond just populating proteins.  For example, our entire umami discussion here is premised on free glutamate's role in triggering a complex cellular signaling pathway en route to the taste of umami.

We are talking savory of course, but a savoriness accessed thru a conscious combination.

I'll only got into is because I could not understand why a simply broth blend tasted so darn good. For me the marriage of anchovy and kelp was a mouth opener moment. And the more I experiment with that, the more understanding I think I attain.

If you have fish  or Worcester Sauce you can squirt that into many dishes to get a surprised elevation of taste sensation.For instance, Worcester sauce is used regularly in Trinidadian food and a squirt of fish sauce will enrich a bolognaise. I used to cook lentil soup with vegemite -- and now I know why it worked. A Turkish friend thought I was mad until he tasted it.

The business is one of deciding by taste what works for you.

For instance, how is it that asparagus is umami? I assume that it depends on what it goes with.

In my estimation, Korean and Japanese food is umami strong, as is Mexican. Some Italian foods... in the sense that the mix is simple and conscious.

Eg: garlic and tomatoes and wine and parmesan.

But when i combined anchovies (which I love) with seaweed (ie: kelp) then the epiphany began to set in.

While I'm talking taste --  my original impetus was driven by the quest to add greater nutrition to the one dish.  Anchovies may be omega fats ++++ but seaweeds are also healthy ++++ ...Then using them for a vehicle for mixed fresh harvested greens is a real take off option.

A lot of the umami science is composed for training chefs or food industry professionals. After all,  Kikunae Ikeda who first scientifically described the taste in 1908,  went on  to grab a huge market in MSG production.

Science aside -- and bio-chemistry not my bag at all -- this is a real suck-it-and-see challenge.

Hi Dave, I use Vegan Fish and Oyster Sauce in my cooking which I purchase from a Cruelty Free Shop. They are made from Fermented Mushrooms.

I will try and see what happens if I do it again Elaine.

Just thought I would add to the Umami Thread by sending along this info I have just received from a company I buy goods from. Hope you find it interesting –

Garlic is one of those incredible ingredients it’s difficult to imagine living without, adding flavour, aroma and vibrancy to almost any savoury dish.

Black garlic transforms this ubiquitous aromatic into something familiar, yet entirely new.

Organic Australian garlic is aged for up to 60 days, turning it into dark, sticky bulbs of pure flavour. With molasses and aged balsamic vinegar notes, black garlic has almost as many applications as its raw counterpart, adding an Umami Kick to any dish that it is grated or sliced over, stirred through or blended with.

Check out our favourite uses for this wonderful ingredient, like this plate of smashed peas and feta with morel mushrooms, poached eggs and a generous grating of black garlic.. Not that this is HUGELY different from yesterday's or the soup prepared the day before...but I thought this dish of umami flavours looked delicious.
Tastes pretty good too.
Aside from the broth itself, swimming in the bowl are diced mushrooms, chopped wombok, diced pumpkin, kelp buds, bean sprouts, a fried tomato, daikon, and slivered spring onions.
With a few slurps of fish sauce ... and a table spoon of Gochujang -- as I do like it spicy!
20 minutes prep. It takes longer to savour... Let me tell you that my Umami activities have all been experimentally conscious.

I'm not the most fastidious of cooks so I want recipes that have limited number of ingredients and cook up quickly.

Voila!  I have solved one of the great challenges of the universe!

HOW TO MAKE A GREAT BROTH in just 20 minutes.

Jar up each of these blends and store them in the freezer.Keeps great for everyday use.

I now use these blends in a lot of my cooking. Any excuse -- in goes a teaspoon or two.Pasta sauces. Stews. Marinades.

Traditionally the umami ingredients are separated from the broth to make a clear soup but I think that is wasteful of good nutrition. Some sources suggest that overcooking the kelp encourage bitterness, but I've not found that to be true.

Come time to cook up a soup broth:

Every day you vary the ingredients you add the soup's flavour and texture will shift accordingly, as a new gastronomical synergy takes off in the broth.

* Fish sauce: there are many options and various intensities to choose from. Some with more salt than others. Even Worcestershire Sauce. Fish sauce is usually a great salt substitute. But Tsuyu sauce, soya sauce or miso are also options.