I don't suppose anyone has any Cheongyang pepper seeds? I have some of the tasty green fruits but I doubt I can dry them to seeds.

When green they  are often eaten raw like a stick of celery! Very crunchy. 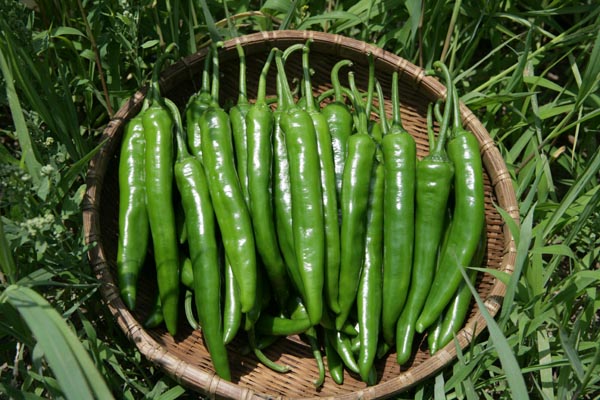 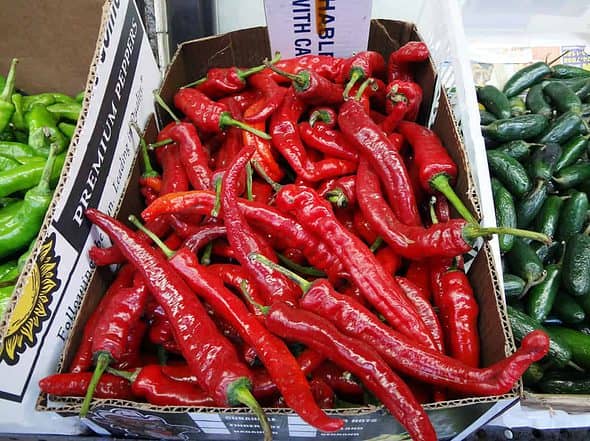 “Put,” pronounced “poot,” means young and green. These chilies mature into hong-gochu (“hong” means red). There are different kinds of put- and hong-gochu, but overall they’re known for their versatility and for making gochutgaru. When put-gochu is very young, it’s called yeori-gochu (열이 고추). These are very tender, crunchy and good for making jangajji (장아찌, fermented pickles) and sautées.

flavor profile: As the name suggests, put-gochu have a bright, bell pepper-like greenness. Though they’re slighly less sweet than bell peppers, their dominant notes are sweet and sour. Put-gochu are very crunchy—people enjoy this texture in the summertime when eating barbecue. how to cook:

Use both red and green as a garnish for color. The younger green gochu (put-gochu) is often added to baskets of ssam (쌈, vegetable wraps) for dipping into jang (장, fermented sauces) and eating with your meal. You can also mix the fresh put-gochu with doenjang. Hong-gochu is not typically eaten in these ways. Hong-gochu can be ground fresh and used for making fresh summer kimchi. It’s also dried and then use for gochutgaru.

Point being: If you have some seeds, I'm up for a share or swap. Otherwise I gotta send to Japan.

I'm not so much into heat but I am a pepper junkie and on the capsicum taste scale (& not Scovilles!)  these are delicious.