I have recently returned from a planting expedition on the Western Downs.  Davy Vetiver spent his days there digging, dividing and planting like some greened up invader hell-bent on colonisation.

The plant is mightier than the sword.

So here's the run down if anyone is interested:Vetiver on the Farm.

As Dick Grimshaw recently said: " If vetiver will grow, then you decide on the architecture to meet the need." 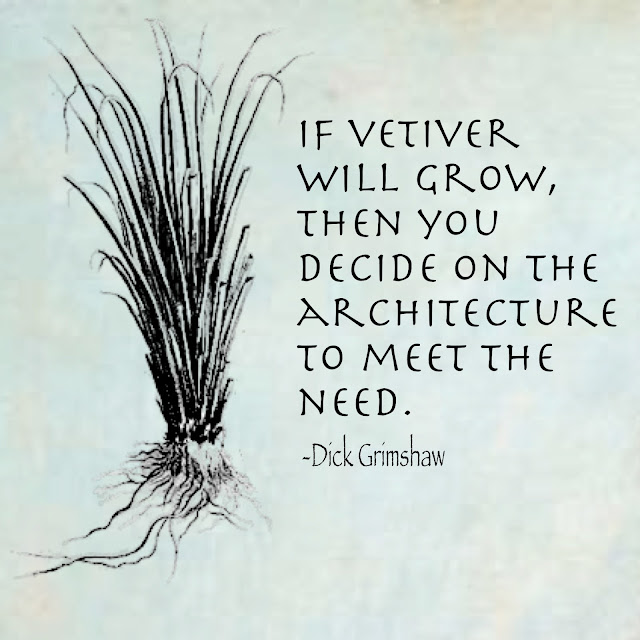