Vegetative processes outside of my control 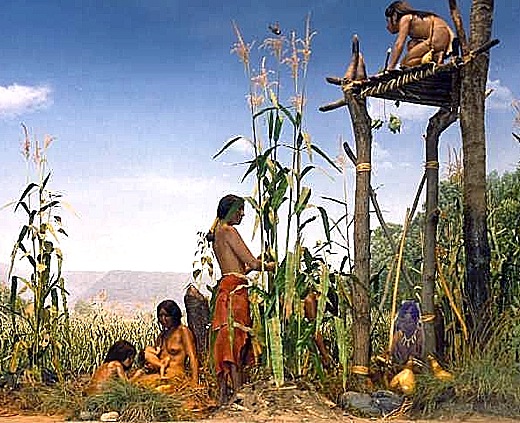 I think my patch of vegetative nutrition has turned the corner and any reason I may have had for a Xmas suicide has passed.
I've got my garden back.
I've had to put my market gardening on hold  and did not run a local stall this month at the community markets. The scheduled date was a few days after the November 27th Storm Cells butchered Brisbane and lacerated my own garden.
I was humbled by nature....
Chastised and with lessons learnt, the rejig I've planted is surviving and it even looks like Summer may be kinder -- to plants -- than expected. As a consequence I've turned sharply away from a preference for generic 'vegetables' and embraced plants that suit my growing conditions.
'My' growing conditions mean what I'm up against NOW -- this week, this day --  as the garden' s meteorological and Edaphological conditions  changes over time.

NEW WORD:Edaphology (from Greek ἔδαφος, edaphos, "ground", and -λογία, -logia) is one of two main divisions of soil science, the other being pedology. Edaphology is concerned with the influence of soils on living things, particularly plants. The term is also applied to the study of how soil influences humankind's use of land for plant growth as well as man's overall use of the land.

The business of remaking the garden was hard work and very intensive.I spent hours -- day in day out -- making paper pots and sowing seeds.  I felt like a god shaping life.  And when I planted out I had to deal with the loss of some of my seedlings as the temperature roared up.

While I had begun to mulch the beds again -- after getting resupplied with the mowed stuff -- it became very clear that the extended day lengths was too much direct sun for many species I'd planted. The temperate climate gardening books miss this key sub trop gardening factor: shade rules. Indeed, it is disconcerting how early the shade imperative kicks in.
With record annual and monthly average temperatures under Climate Change protocols  the suffering at your feet is hard to bear. I have a shade plan -- but that rests on my frangipani forest, and these darlings haven't as yet got to a  height where their shadows can be relied upon.So I've had to make do. Be very opportunistic.

NOTE TO SELF: Shade early rather than late.

I've become obsessed with the arc of the sun in the sky as I calculate how much of sunshine falls directly on any square metre of garden. This time of year the sun beats down from the south east, east, north, west and south west....for 13 hot hours. I don't go out in the heat of the day so you have to sympathise with the plants who have no options.The soil warms up. Stresses increase....
And a little bit of shade can do wonders.
So them's the magnificent obsessions of these gardening times : heat and shade. (And I thought it was really only about water and rain!)
I'm sure there's a trick to it. I've planted out vines and sunflowers to assist me in my quest. In the past I've relied on choko vines for shading but this year chokoes have not thrived where I have planted them. I used to drown in choko -- my garden was chock full of chokoes... I even celebrated their crusade: 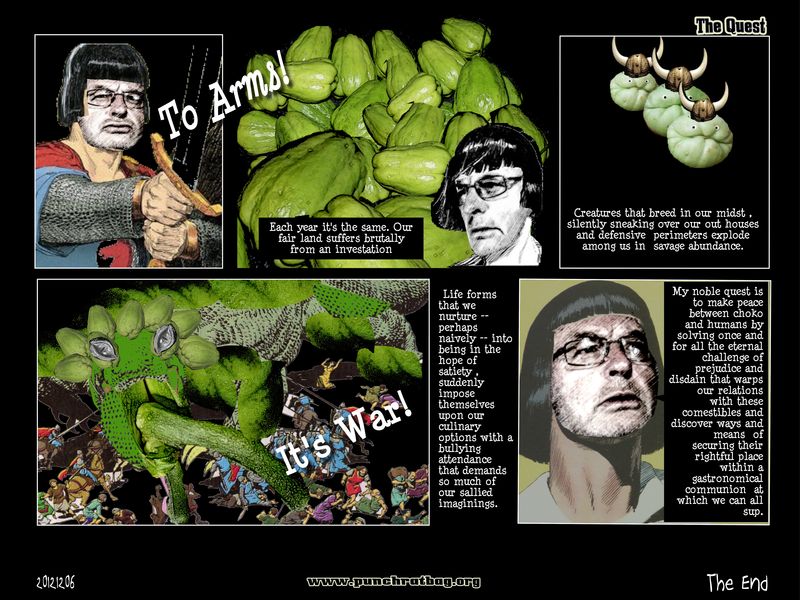 But this year's growing conditions have sabotaged the narrative.

In similar mode, I guess I'm impatient with what actually is growing. "When can I start harvesting?"  I say to myself.

It's not so much about having a feed but yearning for an affirmation that you're doing it right. Waiting. Waiting. The irony being that now that I'm mulched up and there's water in the tank, there's the frustration that there is less gardening to do. It's sort of out-of-my-hands...I'm being held hostage to vegetative processes beyond my control.

I guess it's an ego thing.

I don't grow corn (because I don't eat it) and my beans, this time of year, are tropical varieties ... but the more I contemplate The Three Sisters method of companion planting the more  relevant it seems to what I do. It's not so much the species -- corn+beans+squash -- but the tier-ing, the hierarchy.Interplanting of understory and overstory crops is a traditional gardening method, that was even pursued by the ancient Romans...

The task is to adapt it to my situation.  When you start viewing your garden beds  from soil to  2 metres up -- your own height approximately -- it's  a novel exercise. It's like filling a picture with plants.

While I'm using frangipanis  as my 'tree' overstory my main objection  to food forest gardening is that it isn't flexible enough.I want to rule the amount of shade that falls on the understory during any months of the year. I don't want to be victimised by trees. So food foresting isn't the same as 'Three Sisters' gardening -- which I like to refer to as:


Understory/overstory cropping
...is companion planting ruled by height designed to harvest or shade sunshine where the understory also serves as a living mulch.

It may seem simple to say that, but go outback and try to practice it. If you are relying on annuals (as I do) the subtle and complex interplay  of plant height and plant roots  is a sharp learning curve. Traditional cottage gardens rely on temperate species to develop the layering, but when you move away from Europe  the interplay isn't self evident. The options  may be  explored in Permaculture literature --but there they are usually reliant on perennial plants to establish 'overstory'.

What I'm saying is that you can learn a lot from sunflowers....and from your mistakes. Some overstory/middlestory plants like tomatoes will throw too much shade for most of the year. Indeed it's not just the plant -- its height and growth habit --  but also how close it is planted one t'other that can determine effective layering. Then there is the time of year: how much shade you need when. Some months you don't want any. Other months you want  a lot.

I'm only saying this as a statement of principle...because I'm still learning. But you get my drift? The polyculture I'm trying to pursue is over and under...

Can you check your messages please (inbox top right).

I need confirmation of the date chosen for your GV plus a bit more information for the Event listing - follow the link in the message. Let me know if you have any problems. Can you also message me your address please.

Frangipanis have relatively small root systems. With small root balls (for their size), they are generally non invasive (and some frangipanis have such shallow roots they have been known to blow over in high winds).

So far I've had no gardening issues around these currently small trees. Unlike pawpaws who are invasive and seemingly all over the place, hugging soil space just below the mulch layer.

And frangipanis grow in my sand...and grow well.This suggests to me how un-greedy they can be. Come the cooler months, they're more or less dormant and keenly deciduous.

I've used shade structures before and still deploy uprights which I hope to link with jute trails -- but structures need to be storm tolerant and inevitably rotting at the base sets in. So I anchor my bamboo uprights with metal poles...I get from the tip. Thereafter it's follow-the-leader. Come Winter, my preference is to cut the lot back and allow re-growth and replanting to set in..

I used to deploy metal mesh frames but they are so hard to pull down and apart when youw ant to increase the light.

Another quick option I like is simple: shade plants with scrub cuttings -- tree branches and stuff. Stick em in the ground and lean them against one another.But then there's your neighbours' trees --depending on the arc of the sun.

With using plants as shade-makers brings with it the disadvantage of the plant's roots taking nutrients from the garden beds. While prettier than shade structures, at least with shade cloth it doesn't suck up food and water. Shade cloth could be rolled back when not in use, depending on the place it's in.

From observation, earlier rather than later for applying shade to seedlings; gardening hereabouts is indeed more about shade than water.