The Garden In February 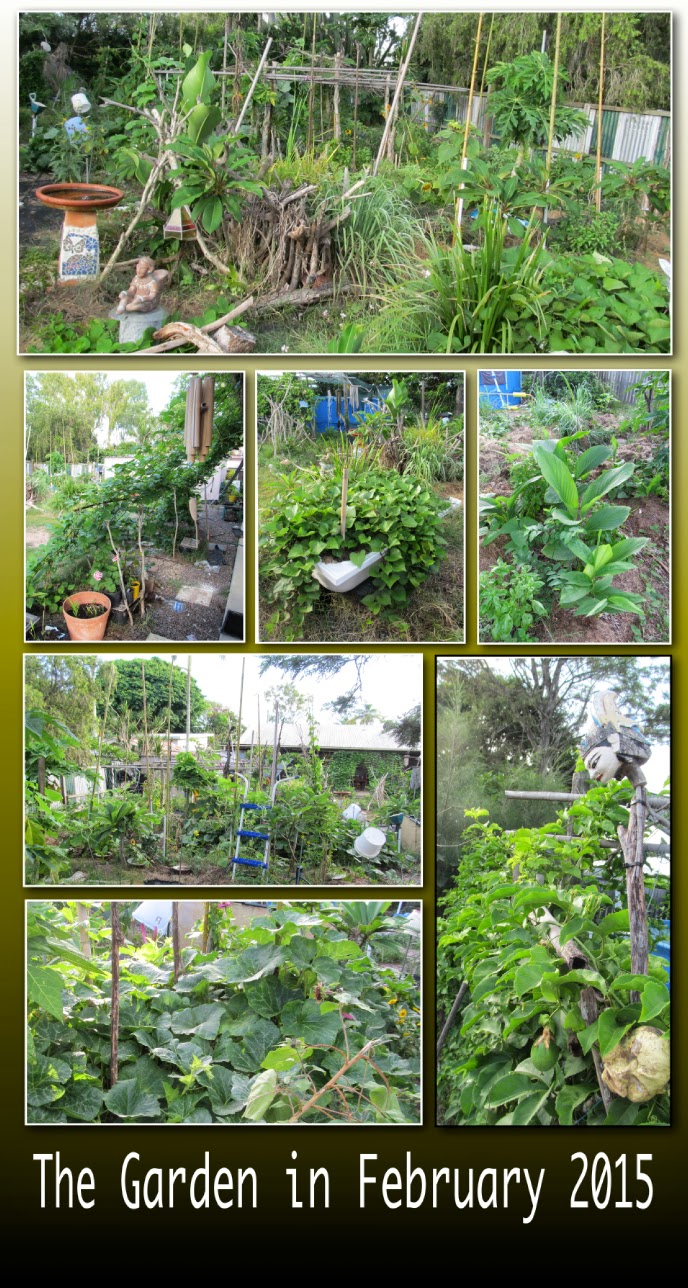 After a steady bout of humidity there's been many excuses to green up but with that, the constraints of fungi. Some plants just can't cut the mustard and I've lost plenty to  too much wetness.
But what you lose on the swings you make up on the slides....
More promise than actual harvest the garden has recovered from the dry spell of late last year and has taken off along with its surfeit of weediness. Some plants, like the Russian cucumber has been space greedy but my other cukes have been fungi brutalised.Peppers doing well as are the tubers.
I haven't generated as much shade as I had planned ...yet, but the substance is there in growth mode. 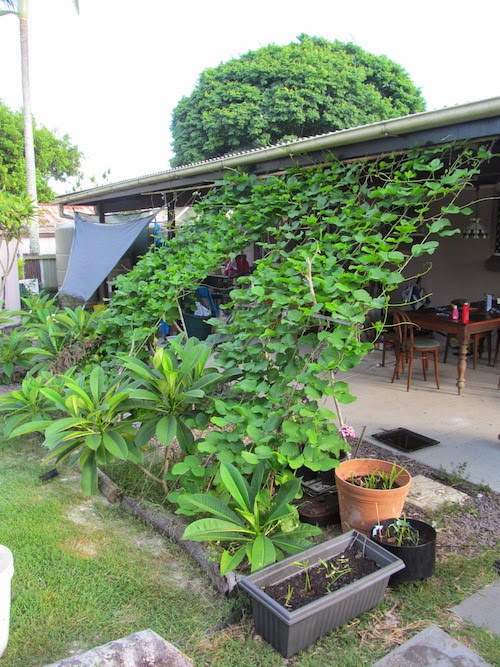 The vine is native legume. I need to track down the name. I tried several creepers but this one is settled in. I plant it as ground cover anywhere.Very fast grower.

The trellis is twine -- jute. I expect to cut it back in Winter. The verander is facing due south and the shade wall was designed to combat that hot late afternoon south/west sun in Summer.In a year or so, the frangipanis -- deciduous -- will take over that job.

As for the sand...layered it with acres and acres of grass cuttings, local manures and all the paper I could collect. There is this fanciful attitude that any soil can be turned into good stuff...That's not true with yellow beach sand.It needs to be carpeted with stuff that rotsdown. It's the sand island -- Fraser Island -- lesson: 'perched' gardening, like the 'perched' lakes... but with the aged coffee rocks.

It took me three years to get garden worms present, and irrigation issues were a major conundrum.Now I'm being stifled by fungi I think...Not all good plants have a home in my soil. Root vegetables are challenged, for instance as I expect I'm way to acid.

But you garden and learn...

How wonderful. What you have done in a difficult area of sandy soil is magical, I feel so inadequate mine is a dot on a pin head in comparison, you really have something to be proud of. Keep up the good work.....

It all looks lush and gorgeous mate. Congrats.