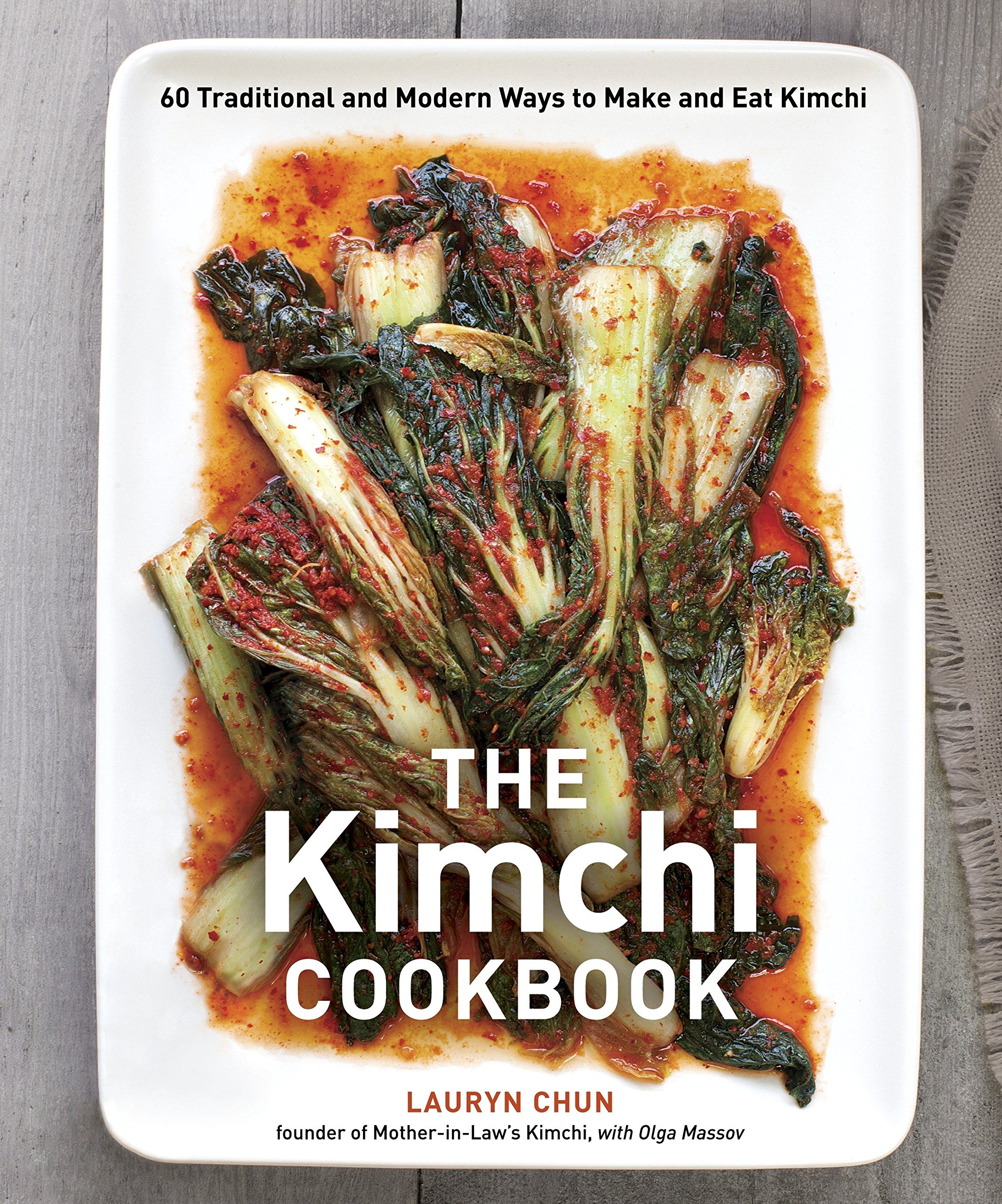 My previous batch was made from my own cabbages but none of them were wombok. This earlier batch was a 'summer' Kimchi.

You can make Kimchi with a lot of different vegetables as a primary ingredient. My new cook book (image at left) offers quite a few of these options.

My problem is that I love the one I now make so much that I am unwilling to wander.Fortunately the 'seasons' will rule and I'll be making kimchi with what I can get to make it with.

There are more than 160 foundational recipes for Kimchi, and every Korean family has its own version of the basic recipe based on their regional style.

I know I've waffled on about ferments in the past but I reckon Kimchi is where the zone is at. The flavor impression is like the attributes of good wine tasting. Various. Deep. Nuanced. Spicy and subtle.

[You can even make it without chili: say, by using sweet peppers instead.]

I'm also going to say the same about Knäckebröd -- rye based crisp bread. With  additional seeds, the flavour depth is extraordinarily rich.

Knäckebröd means 'hard bread' and that's the essential tweak to meaning, usage and delight. We've been so used to soft breads -- usually made on white flour -- that it is a culinary shock to adapt to a stiff biscuit like platform that is a crisp bread.

Knäckebröd also ticks more nutritional and utility boxes than bread.With an awesome health profile, the rye base ensures that these crisps last longer than wheat floured breads.More satiating -- but maybe not as versatile.

You  cant make a one on one sandwich with it, for instance -- or use it like a roll.

But you don't have to toast it as Knäckebröd is already toasted! Nor slice it -- as it is already 'sliced'.

With Vegemite; it works a treat! The satiation level has been proven to be very high compared to other grains/breads.

Finally, I come to Filmjölk (fermented milk/yogurt)-- which means that I'm still in Scandinavian mode. I may start my day with a coffee hit -- memories of Barcelona cafe con leche -- but having your muesli without a drowning dollop of  Filmjölk  is no longer a morning option at our place.

How the Scandinavian preference mixes in with the Korean Kimchi habit is one of each day's thrills. But that's what addictions are. I just gotta get my fix.

Indeed, what we are looking at here is a primary menu around which any and everything else fits.

The trick is that kimchi is regularly served as part of banchan, an array of dishes served alongside every Korean meal, from breakfast to dinner.

Kimchi makes a useful pickle and is a marriage made in heaven  when used on a taco. By itself on a  Knäckebröd  the flavours pull in different directions. But place a slice of corn beef or pastrami between Kimchi and Knäckebröd  -- well, then, it's taste take off time.

When I made yogurt per se -- i used it as a sauce on meats and in curries. But I haven't the desire to deploy the Filmjölk  that way. It may be a tad runny, but I just haven't experimented.The problem with normal yogurts is that you have to find excuses to use them -- whereas 'Filmjölk  and cereal' is a marriage  that transcends time of day and national borders.

If you are into the resistant starch paradigm -- (LINK) -- the whole kimchi/yogurt/rye thing makes for a good dietary regime.

At least I hope so.

I just baked another batch of  Knäckebröd  because my wife complained I had gormandized the last one and left her none. I also sit here with 5 large crocks full of Kimchi waiting for the morrow.

I irony of all this -- and the surprise -- is that these foods are so easy to make. I may have paid my fermenting dues but even then, this is almost child's play. Best of all, given my eclectic and  so-so cooking skills, the results are consistently good.

I've mentioned in the past that the traditional veg intake in the Korean diet was 40% Kimchi.

I could also do the sums for the fibre quotient of the Knäckebröd  and Kimchi as it relates to microbiome health. But I'm no good at maths...so just imagine.

The Western diet we're used to — low in fiber and high in refined sugars — is basically wiping out species of bacteria from our intestines.Indeed, this core absence may indeed a primary driver of so many western diseases.

Along with the consumption of legumes -- this is the way back to the good ole days when we ate so much fibre and many more vegetables, whole grains and ferments.

I've just finished my first jar of green pawpaw kraut and I was seriously impressed with it. Fortunately, I have another three jars, so I can continue to be impressed for some time yet. It's a great way to deal with the excess green fruit that invariably come when it's time to chop a tree down to make way for something else.