Find this blog HERE at Wordpress.

My aplogies to everyone who was  expecting to see my talk and dispay .My car was packed and I blew a head gasket just down the road .Would be happy to show people at the next garden visit if anyone is interested. and ok by the blf committee.

Over the last 12years I have spent a gazillion dollars buying that expanding foam stuff and have plugged up every other hole to stop the mice getting in. I also used to have a good mouser, Gretel, but she passed away earlier this year. I can't let the other two, now ancient, dogs into the aviary as…

Several of my pea plants have produced sports, or at least offshoots with very different characteristics. They are not from seed, but just growing out of the main stem of the pea plant. They appeared once the main crop was almost totally over. In at least a couple of them, the peas have gone from being sugarsnap (thick-walled pods) to shelling peas (thin-walled pods). The others are still sugarsnap, but the pods are flatter than normal.

Hi everyone I hope Im not being a bad boy in advertising this event nor myself as I know its on BLF eventS calender.I promise there will be something  for anyone  interested in gardening at any level. There will be speakers all day; a produce display/ competition for the best of each category and much more.If your after that hard to find plant you may find it there also come say hello at my compost tower stand and if you have time i will be giving a display on how to make your own…

The PolyVeg Garden has come alive with flowerings...as well as the standard edibles. The sunflowers are just reaching their stride.

These are the images I forget to take in order to illustrate my last post. A week later a BOOM!

How does the Meadow flower its bloom unfold? Because the lovely little…

Poly plus plus polyculture 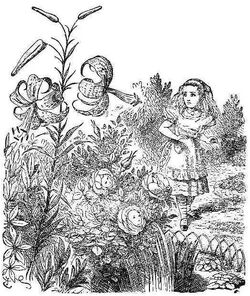 The garden is awesome!

Being Spring and warming up fast, the take-off is accelerating as more plants start doing their stuff.

A botanical explosion from the ground up.

It's the flowers that really register this the most. After months of shades of green, the flowers I…

Hi all! Not strictly a query regarding plants, but as we improve and expand our garden, we are looking for ideas regarding the building of affordable effective retaining walls. The wall will be about 12 metres long, 80 cms high, Would love to use recycled materials. Any ideas would be much appreciated.