They're not flying saucers parked in my garden, but the stoneware plate lids on my terracotta watering pots. It's  exposed…

'Organic' is a question of production and ecology

Many folk may have heard about the Stanford study that concluded that organic foods were no safer or healthier than conventional alternatives.

Life has been so hectic here.  This is one of the worst times of year for a teacher and I have been only completing the bare minimum of gardening chores.   Thank god for those wicking beds as I think everything would have died from neglect otherwise.  Of course, my fascination with the chickens hasn't helped matters because any time that I did have, inevitably I'd end up with a coffee sitting out on my garden chairs just watching the chicks go about their day instead of…

What can we do to prosper?

is a crash course and very eloquent combination of all that is happening in Economy, Energy and Environment. It alos aske the question of how, in stead of perpetual growth, we can prosper: instead of constantly taking more, how can we be happy with having enough? Build resilience, build community, learn skills as per …

A few of our garden Friends

Caterpillar (any ideas which type it is?)

Thinking of putting on intro course to permaculture design and practise. Would be held in Elimbah just north of Caboolture would run for around 3 hours at a cost of $25 per adult.

Down on the farm -- in Sandgate: the PCYC Community Garden 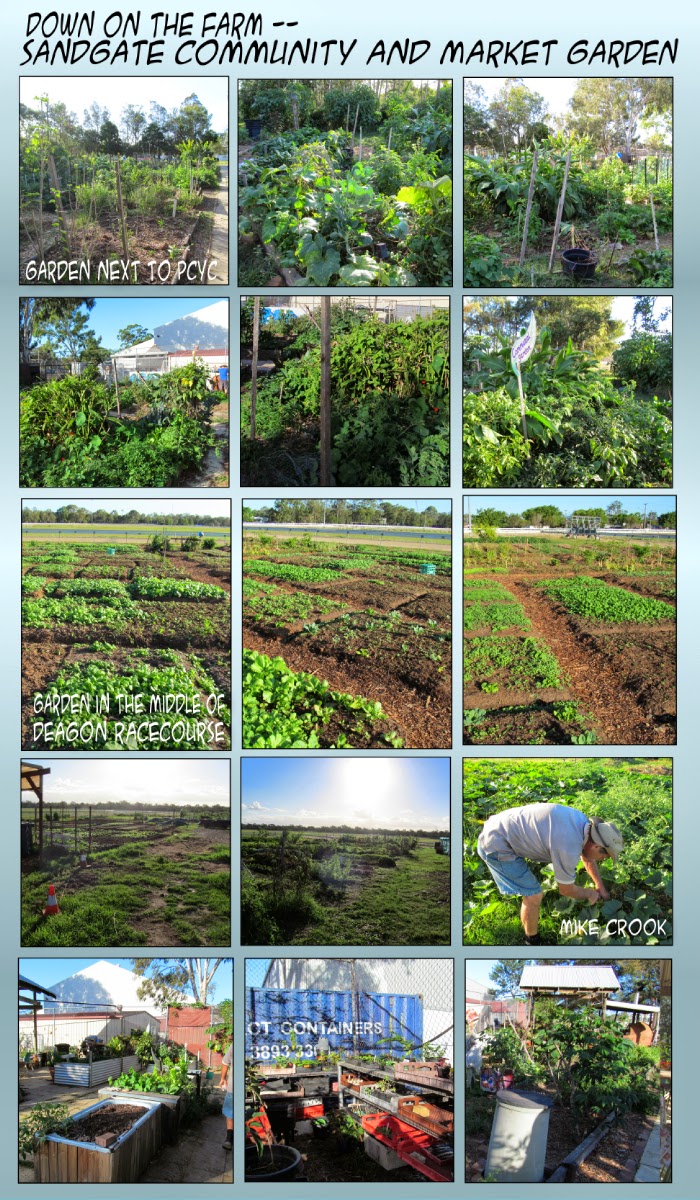 I spent Wednesday afternoon being conducted around the PCYC community garden(s) at Sandgate/Deagon.…
Continue

How to make your own cold smoked salmon Step 1 - Fillet your Salmon. I'd prefer to buy the whole fish from somewhere you trust has a good reputation. Pin bone before salting. Step 2 - Cover both Salmon fillets in a 3:1 ratio of salt and brown sugar. I used 3 cups salt and 1 cup sugar on this… Well, I finally finished 3 more self wicking beds in the back vegie patch.  I now have 6x metal beds (1.8 m x 1 m) and at the very back on the left, you can just see the bed I made out of the left over wood (1.4 m x 1.1 m).  I have filled them with zucchini and cucumber (back), broccoli cabbage caulies and beans (middle), and carrots, beetroot and spinach…

Should Williamette raspberries be losing their leaves? I have one cane that appears to be dying in a rather tragic-looking manner, and others that are green and cheerful. I'm not used to deciduous plants, so I can't really tell the difference between dying and preparing for winter.…