I know many folk have installed worm towers in their garden. Maybe others have plastic worm farm setups.

I assume that in both cases  compost worms are being deployed.

I am in a state of ambivalence at the moment as I consider this whole worm 'farming' thing. I've always been a conscious earthworm farmer. 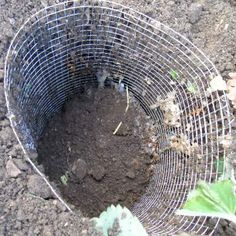 Indeed I think that's the essence of kitchen gardening.Do that and the rest follows:pH, soil nutrition & friability

I mulch. Bury scraps. Keep up the moisture. I seldom use manures. Nothing leaves the outback.

Consequently, says I, I cannot turn over a sod of earth outback without scooping up earthworms. Many per trowel full. It's embarrassing as it's easy to accidentally slice the wee things into two with the implement in my hand.

At the school garden there's hardly any worms so I'm keen to introduce a worm tower project: using a  steel mesh design (LINK)

Nonetheless, I cannot see the value of compost worms in such an enterprise. We have a few plastic worm farms but I'm in two minds whether re-activating them is warranted -- primarily because they can require ongoing maintenance.

Surely the only issue is the question of speed of break down and rotting? I'm not interested in collecting worm juice or separating worms from compost. I just want rot to set in.

As for the weeds: well they may be be compostable, but I don't trust composting enough to kill seeds, so I'm absolutely a groupie for weed teas and other ferments.

kill em by drowning, i say.

We have  compost bins but being a lazy so and so , I refuse to use them. I'm a pull and drop man when not preparing tea.

[It's is my tea making that has so enamored me to Wandering Jew: brews up great, it does. Easy harvest. Suppresses other weeds while it grows. Easily pulled out (although never completely removed.). Always on hand for a brew up. For a weed, the Wandering Jew is kosher!]

In the same mode, much as I appreciate eggs, I find keeping chooks not so useful for the soil as it is so difficult to harvest and deploy their manure. I can't establish a protocol that works. That's relevant because the chooks eat most of our kitchen scraps.

Alternatively, I could bury all of these leftovers in a series of towers.

Of course, issues of fetid smell, rodents, dogs, fruit fly and the like must be addressed in the design of the towers and the protocols of their management.

Am working on that.I've even picked out the designs i hope to paint on the caps.

But before I turn my back on the compost worms I want to be sure I'm doing  right by the soil.

I had originally considered trench mulching -- which was my past habit. But digging holes and filling them in gets confusing when you come to later plant out. I'd mark the spot but over time the markers got lost.

But trench mulching taught me that I can bury ANY thing and get away with it. Dead animals. Bones. Slops. Manures....Just lay off the salt.  But with trench mulching you need to expose your hole; throw in the scraps; and cover the hole up again with enough soil so that it cannot be raided by animals.

Whereas with 'towers' it's an open and shut case....

As a failed worm farmer, I have some ideas.

Soil-worker earthworms are not keen on lots of company.

BUT: soil-worker earthworms are the ones needed to distribute fertility about the garden. Compost worms do not dig nor move sideways very much. They eat, poop and procreate.

So ideally there'd be a mix of the two. Apparently they get along well enough that they don't eat each other. Well, they cannot each each other since neither sort has teeth. All the worms afaik eat only the fungus and other microscopic life that inhabits rotting materials.

A suggestion: talk to Darren on this forum, he's plenty of ideas and experience with worm towers.

I'd go with a joint effort of worm towers with compost worms and introduce the soil-worker worms with shovelfuls of compost from either compost bins or other gardens. You don't need many worms to get them breeding so long as the soil they will live in has enough organic matter to keep them thriving. And that's more guesswork though but if your own soil is teeming, a shovelful can be divided among several new beds.

The commercial 'worm farms' are awkward, heavy to work with and slow to get results. Separating the worms is quite a business. Or if you had access to a worm farm you could just put lumps of the contents into the towers or gardens (they do live in the open garden if there's enough food) to kick start the compost worm part of the enterprise.

Would it be remotely practical that over the school holidays, parents could drop off their scraps to be dug into the fallow gardens at the school? The ideal time to have the beds full of scraps to moulder away quietly over the long vac and there's no scraps available.

when we put our worm towersin i just put a good trowel full of compost worms and their coir from our worm farms in each one - they did well for months until we went away and there wasnt anything put in the  towers - the earthworms gather around but the compost worms seem to have disapppeared!   am going to try this when the aquaponics are set up the cattle yards are built there arent any weeds in the place etc etc  its a large worm farm using an IBC

Towering wormery.And so it begins...

Here are the worm tower mesh frames rolled together. Easy, cheap and simple construction.Each tower is 45 cm high. They are designed to be buried 30 cm deep, leaving a collar above ground, atop which sits the cap. I'll display/reveal the snazzy caps later

The black rim isn't structural -- not really needed. I wanted to ensure none of the children could nick themselves on the wire. So I cut up old irrigation tubing and ran it around the circumference.

These are trial models. If it works, and we can be supplied with compostables, I'll install them in every bed.Once they are full as a goog with compost they can be moved about until they rust away.

If our compost worms are still alive in way of eggs and some critters -- I'll throw a few into each tower along with some earthworms from my garden.

Primarily, however, they are intended to accommodate the earth worm lifestyle --and each farm can be a class project.

Looks good, Dave, I noticed that worms prefer the dark, so you think the above ground section of the mesh tower would work with a hessian surround inside the tower or a potato bag. We have a good compost bin but the resulting compost has given us heaps of pawpaw plants from our Sth American pawpaw. It will be interesting to see what the new seedling will grow into. So it is obvious the heat is not cooking the seeds. They might be better for a worm tower.  Worms love avo skins and watermelon peel etc.

I am a hopeless worm farm operator, they do their best to escape. Keep up the good work.

I have compost worms in foam boxes but didn't even think to put them in my worm towers.  I just chuck scraps in them and let the earth worms do the rest.  It seems to have built up my earth worm population from 0 about 5 years ago to worms every where I dig now.  I guess lots of compost also helped a heap too. Huh - adding worms to a worm tower - it seems funny that I didn't think about it until you said something.

Hi Dave ,good idea mate Ive  actually made these cages and  inserted  them into my  original plastic sleeves .If you do the same just remember to leave  a bit of clearance in between as your cage will expand and may  jam in the sleeve.My idea  on this method  was that you only need to dig one hole and you could pull the cage out at a later date ,empty it out somewhere else then drop the cage back into the same tube and start filling up again. This is also a good way to see   what sort of   underground diners  there are during different breakdown  stages and I feel would be  very educational to show the schoolchildren as well.I  would be happy to supply you with some plastic tubes for your school at no cost .Please message me mate as I could talk all night about this subject and dont wish to bore other people to death .Grass roots have published a few of my articles on this subject of worm towers and Im happy to pass them on.Bye for now.

I'm not using plastic tubes -- just the cages are buried. New school garden worm farm towers. Not buried as yet, but ready for the dirt business.
Plant pots atop of wire mesh cylinders with berets to keep the fruit flies out. Cute little handles for uplift.
Each cylinder: 30cm underground and just about 15cm above.
Should be rodent safe.

Here's the worm tower after its burial. Masks not necessarily crucial to its efficacy of composting. 'Ello. Ello. Ello. You should see the rest of me!'
Worm tower in situ.

Design easily adapted to different diameters -- as the hood/lids rule. But remember the ergonomics of feeding the hole: too small and you'll be poking the rubbish down.: like feeding the old folks at a nursing home. Been there. Done that.

Or the new baby just on solids. Been there. Done that too.

In composting and working with worms, experience counts.

That is a good idea. I might give that a try at our school garden. I love the caps idea and the no plastic in the ground too. Dave, I would love a few of your towers for Hilder Rd SS garden too if you are coming to GV on 29 April. We could have a tour of the school garden too.

I meant Darren, not Dave.

I was introduced to the concept of worm buckets. Basically, a bucket with holes at the bottom for worms to come and go. Put in your scrap, soil and peat and bury 2.3 in the ground with lid on. To collect vermicast, leave the lid open. The worms flee and the worm casting stay. Take the bucket out (or not).

Going through previous discussions, I saw one where you mentioned worms liking your irrigation clay pots. I wonder if a worm bucket could be made with a clay pot where the bottom hole has been left open, with saucer on top?