One of the great conundrums of being a mulchy-type person is that I tend to prefer to plant seedlings rather than direct sow seeds.

After all, my beds are carpeted with a lot of fibrous stuff that covers the soil thickly and any seed -- weedy or otherwise -- therein.

How is a seed to survive when the whole protocol is not about bare earth, but instead  is ruled by suppression and smothering?

Over the years I've invested gardening dollars  and effort in seed raising mixes, wee pots, cells and trays to encourage the seeds I buy out of  dormancy. Just so, that is, I can plant a seedling rather than a seed into my patch.

But. But. Despite much practice and care I reckon I've been had. The results -- let alone the expected harvests --aren't there.

On the other hand a directly sown seed is blessed with some advantages. Here are a few I've found:

The challenge nonetheless remains: How do you direct sow seeds into a mulched garden?

This I have done. I'm saying now that I have not done it often enough nor with sufficient perseverance.

That's the theory anyway. Inasmuch as I've learnt anything.

We've deployed the same approach at the school garden to good effect. So it can work with kids too.

But on the broader question of raising seedlings from bought seeds FIRST I do think we subtropical types have been hoodwinked by European Winter chill-and-frost thinking . We may not transcend the seasons but our plants have a much warmer bed in the outdoors than these offshore growers do. Those who write so many DIY manuals...

The gardening industry isn't going to say otherwise because they make money out of the mixes and pots and cells and domes and peat they sell us.

The nursery industry that grows the seedlings for horticulture is so mechanized and finely tuned as to supplementation and irrigation, that your at-home set up of cells and trays won't be able to compete. Indeed, seedling plants bought at commercial nurseries are likely forced on with high doses of fertilizer and may falter when they reach your soil.

My regular seedling supplier's stock is very reliable but punnets bought elsewhere are certainly not as robust once I get them in the ground.This is no doubt why the logic of organic seed makes sense. Once addicted and dependent from a very early age, plants can only thrive with supplements.

Whiled visiting the Western Downs I split and relocated some of the Vetiver we'd planted a few months earlier.Since the family dogs -- real hounds -- dig up any plant in their yard domain I deployed a mulch solution.

You wouldn't want to maintain the woody layering come the warmer weather with the snakes active, but for now I'm  hoping it will work.

The Vetiver slips are in there -- 6 in each station -- among the logs. Embracing the very brave fruit trees so that they are cuddled against the bitter frost.

Underneath, a good layer of cow manure -- and  terracotta watering pots at each station.

You 'could' seed these beds too. But not with the -3C and the drought. Not now -- later.

But I  seed planted these two beds.. profusely. 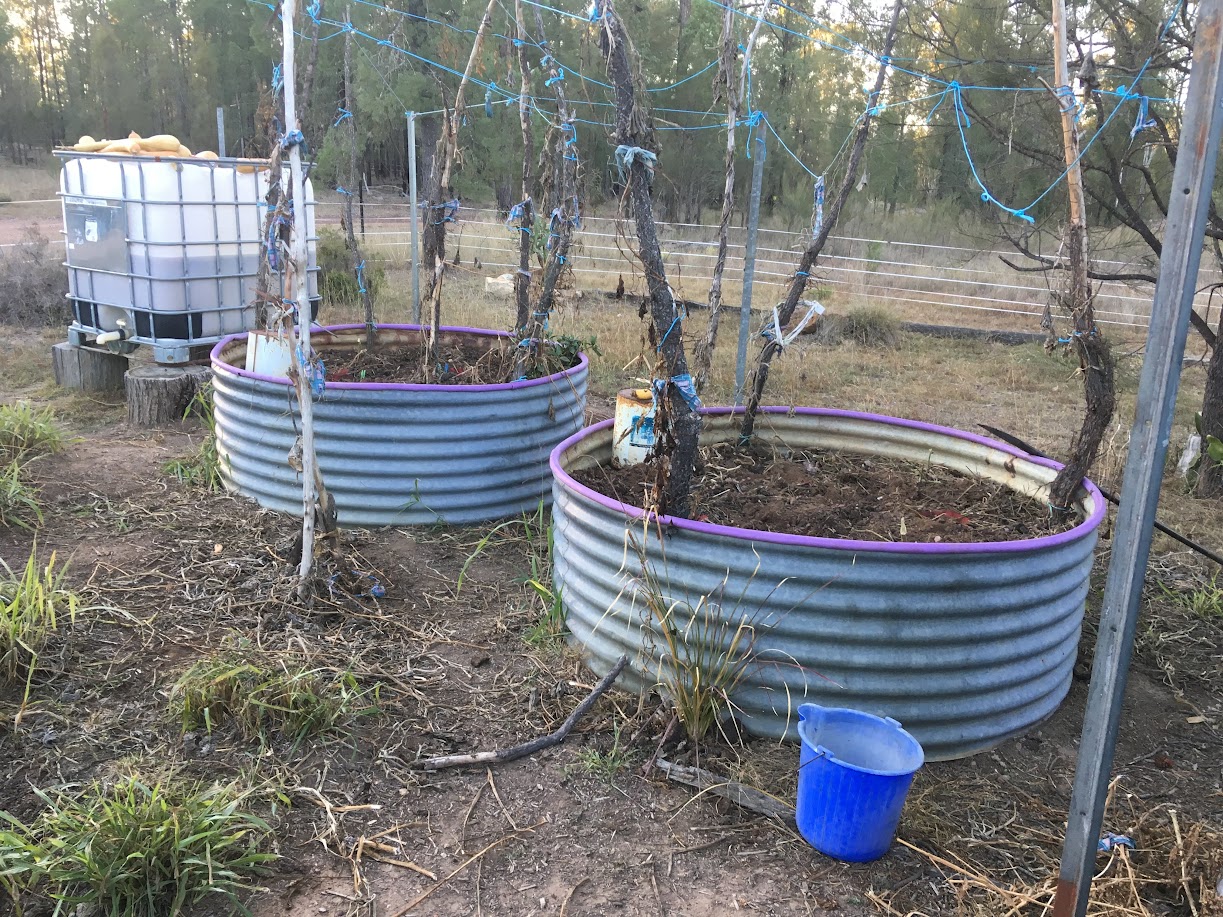 And separated the seed lines and patches with timber I collected from the bush. So now these beds are wood layered criss crossed too.

There was plenty of that -- rotting logs and branches about the bush. As much a ready resource as cow dung.

Hypothetically  -- if there was more ambient moisture it would make for good Hugelkultur.

For now, each bed has 4 terracotta pots  embedded and oozing moisture. Given the last harvest, we know that the water saving system works a treat.

My pots I retired have gone to a good home.

Well, my direct sowing perspective has move along and we have seedlings emerging in places of note. Some as we speak.

I cannot rule on my methodology but I do draw your attention to this article: Growing veges from seed successfully. (Great Melbourne grow local urban initiative)

I celebrate this link because it confirms what I too have discovered: 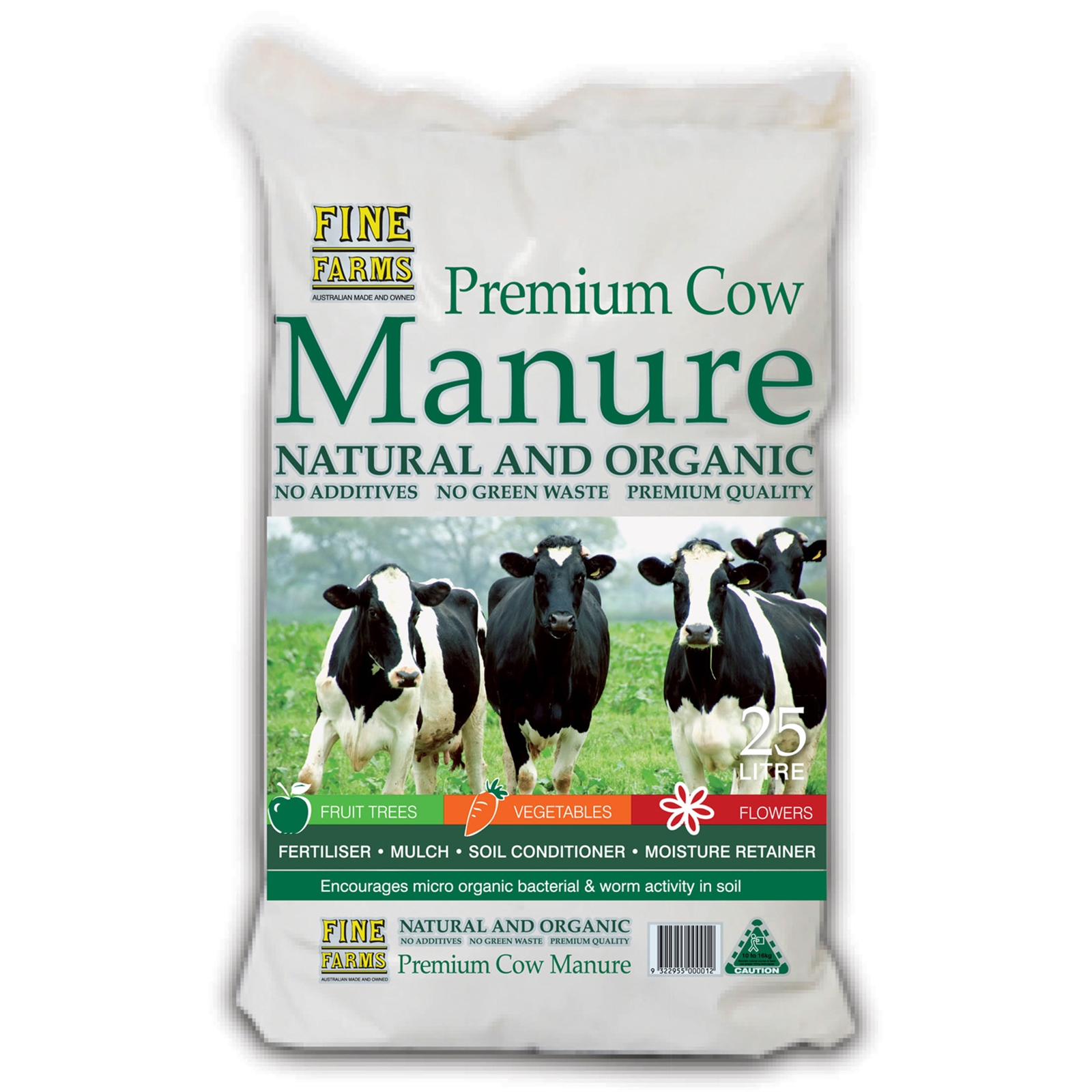 While my propagating sand is the sandy soil under my feet, the simple 1:1 mix of composted cow manure ($6.89/25 litres at Bs)* and sand seems to work for me in the garden for direct sowing. Where necessary I simply mix up the soil with the manure with a hand tool in the section I'm planting into, and pop in my seed.

I've experimented with various ratios of the composted manure and while there is a case for reducing the manure portion,  increasing it only leads to water logging as composted cow manure, being so carbon dense, holds a lot of water.

By the way, the planting template I described  here -- works a treat.

* My guess that this manure is collected from feedlots and then composted. The source is Victoria but the price undercuts all local farm gate manure prices in my region.